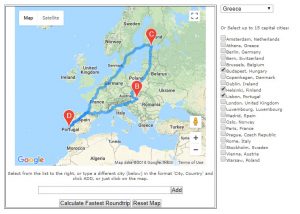 New SweetMaps application:  the Traveling Salesman’s European Vacation.   I take no credit for the original idea or clever coding of a traveling salesman program for Google Maps developed by Geir Kokkvoll Engdahl.  (See my original  post last month.  However, while writing a research paper for a UNGIS course at the Vrij University, the idea of a sweet little application dawned on me.  This is just a start… no doubt someone else could take this further.  There are limitations, and it will be interesting to see if anyone uses it and whether my Google Maps API account will be overloaded.   I would happily take comments, suggestions, bug reports.

Update 17/6/2018: Amazingly this little PHP app still works (sort of). Try just two or three cities. The reset doesn’t seem to work, so reload the page to start over. Anyway, it was the thought that counted! 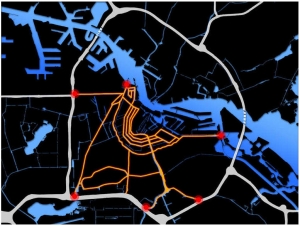 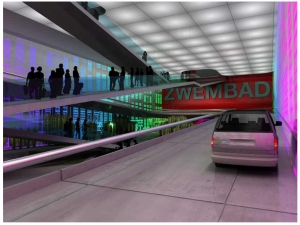