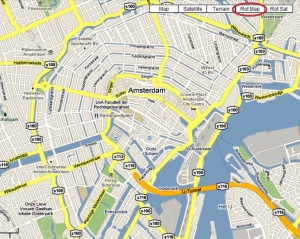 Amsterdam standing on its head?  New features for Google Maps (click on a little green vial in top right corner), provide some interesting options, including a rotate button so we can view of the world as the Aussie’s see it.  Zoomed in locally, Amsterdam looks more like the city depicted by 16th century cartographers starting with Cornelis Anthonisz. 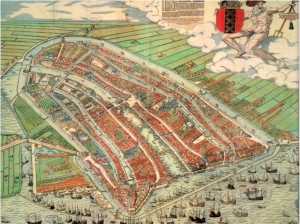 The new features also include a handy zoom box tool (draw a box around your destination),  and a tool tip for plotting the latitude and longitude.   Google announced last Friday that Google Maps will be getting more new gadgets, with its own “Maps Lab.”

Route You and Me Geocoded Art
Scroll to top